What does it mean to live the fully actualized life? 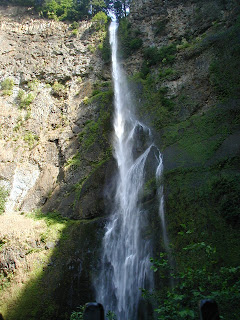 Somewhere out there, there must be someone who lives a perfectly balanced life. He or she was born of loving, stable, and successful parents. Childhood was a rich experience in a totally secure environment, free of any major trauma or drama. This person went on to meet their ideal life partner relatively early in adulthood, and currently leads a happy and satisfied existence with no discernible problems.
This ideal person must exist, although I have never met anyone like that. Chances are, you haven’t either. The reality is that Earth is a tough place to incarnate, and few of us are playing our 'A' game. Up until now, our social conditioning early in life has not been exactly enlightened. We are seemingly tossed into rough seas as we enter this world and expected to swim. Given the enormous challenge, it is quite understandable that many of us flounder and misfire along the way.


It would sure help if we were handed an “owner’s manual” as we enter this world, a document that thoroughly explains the concept of human incarnation. Why are we here? What do we expect to achieve? What is our potential? What are the pitfalls? How do we overcome fear, insecurity, pain and deprivation and learn to live in love, peace and harmony?

I happen to believe that we do have great potential, and that the brutal difficulties inherent in living on Earth are simply meant to provide a challenge for the brave souls that venture forth to sail on these seas. Although we don’t get a written “owner’s manual”, the necessary insight is written in our souls. The only trick is in accessing it.
Accessing the inner insight is accomplished through many means; among these are meditation, hypnosis, and kinesthetic energy work (EFT, reflexology, accupuncture, etc.). The soul’s life script is encoded within the body, and any means of accessing the “unconscious” or subconscious mind generally works. The physical body is intimately connected to the subconscious, which is the seat of the soul. The soul is aware of all forces shaping its personal reality, and knows the cause and solution to all problems. The ego-based mind, however, can blithely operate without any awareness of the soul; this is a major source of our problems.

Many of us are beginning to awaken as we sense something stirring within. However, in my own experience, the primary obstacle to full awareness is what we loosely term “baggage”; the cumulative aftermath of traumas large and small, and resultant dysfunctional emotional patterns that we have learned throughout life. Baggage creates emotional and energetic blockages that not only inhibit spiritual awareness, but can also cause physical illness. If nothing else, it is responsible for feeling "stuck" as we remain mired in the same old repetitious patterns. Dr. George Pratt terms this the "fog of distress" that pervades daily life for many.
Subsequent installments will examine some of the various techniques and modalities that show promise in clearing the “baggage” so that the soul can shine forth, energize, and fully actualize our physical lives.

Posted by Earth and Water Wellness at 7:04 PM No comments:

This begins an ambitious project for me. Over the past several years of my spiritual journey, I have sought to understand and optimize the relationship between spirit and flesh in the human incarnation. The objective is to fully actualize the potential for human life on this earth.

This is not merely another treatise on "living the abundant life", insofar as abundance is defined in strictly material terms. This philosophy is rooted solidly in the knowledge that physical life is primarily concerned with the soul choosing a mortal experience in physical bodies.

Abundance would then be more broadly defined as conditions that optimizes the soul’s experience and furthers its objectives while in physical form. Of course, physical conditions are part of the picture, within the context of the soul’s life plan. We may need to reign in the ego- mind’s tendency to focus excessively on material issues, but the spiritual path is not necessarily anti-material. In fact, most causes of physical suffering can be addressed through spiritual techniques.

There are many techniques and programs out there for self-improvement. Some are narrowly focused on single areas, such as psychological motivation, emotional problems, or material success. Many claim to be an exclusive, unique solution, despite the fact that all draw upon common principles. Some of the latter charge thousands of dollars for their supposedly unique solution.

In my own journey, I have taken on the goal of making changes in my life. I have watched or read The Secret, What the Bleep, books by Wayne Dyer, Seth(Jane Roberts), Abraham and many more. I came to the realization that everything on this topic can be distilled into a few basic truths.

I came to accept the reality that we create our own reality, as Seth puts it. I believed that we can ask for and visualize whatever we please as put forth in "The Secret" and "Ask and It Is Given". I thought I was changing my beliefs, as Seth instructed. I thought that my reality should begin changing any time now. However, despite my best efforts, it appeared that very little change was occurring in my life. Nothing I had tried was working, and I felt stuck.

My sense of urgency grew over the past two years, as "The Shift" intensified and the realization dawned that I was on the threshold of a major redirection in life path. My intuition told me that every answer was available, locked somewhere in my subconscious or higher self. I realized that my desired changes were being blocked by something. I began to ask what the blocks are and how can they be released. Insight eventually flooded in, which filled in a major missing piece of the puzzle for me.

In this series of articles, I will be elaborating on the major principles that lead to "full actualization" of one’s life, and my own journey in working with them. None of these ideas are new or earth-shattering, but my recent insight deals with how multiple angles and modalities must be considered in concert when clearing the energy blocks that inhibit success.

As mentioned earlier, abundance must be defined in terms that incorporate the essence of our existence, i.e. the soul incarnating in flesh. The energetic body, which interfaces spirit to flesh, must be actively considered and worked with. It’s important to understand that we did not come into this life merely to suffer, and suffering generally results from imbalance and suppression of the soul’s expression.

Full actualization requires the incorporation of wisdom from multiple disciplines, including psychology, neurology, and various metaphysical modalities. Some helpful techniques include EFT, Accupuncture, Reiki, Hypnosis, meditation, and any type of energy work.

In upcoming posts I will focus on each component that fits in as a piece of the overall puzzle. I'm excited about bringing all these pieces together and learning to fully actualiz the life that we are living.

Lynn
Posted by Earth and Water Wellness at 1:56 PM No comments:

Earth and Water Wellness
Welcome to the Earth & Water Wellness blog! Authored by Lynn Savage. My wife Marie is hypnotherapist and practitioner of various healing arts at Earth & Water Wellness. This blog complements the healing mission of EWW by focusing on relevant topics. Ultimately, all healing is accomplished through reconnecting and balancing spirit, mind and body. Hypnosis, Reiki, EFT and other modalities offered at EWW are prime tools for achieving this. This blog looks in depth at the various techniques for exploring and optimizing the mind-body-spirit connection.